Blisters, Chafing and Other Ladylike Things

For the sake of letting the men in my life continue to believe that women do not poop, belch or fart, I’ll happily play along with their belief that we ladies don’t have any questionable bodily functions.

For instance, the burrito salad I had last night didn’t leave me feeling bloated. 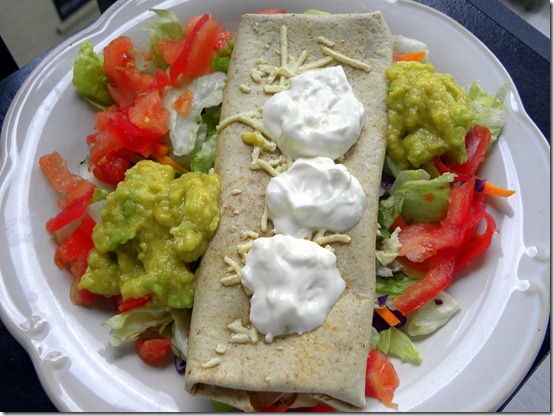 Hypothetically, had the burrito left me waddling around with a food baby, it quite possibly would have been worth it for the mounds of guacamole, sour cream and the pillowy pocket of refried beans and Daiya… 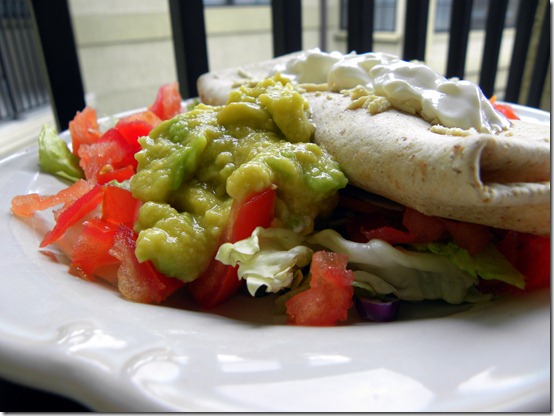 While I’d never admit to a burbling belly after a huge dinner, I’m not one to hide the delightful grossness that accompanies a good gym sesh!

I woke up this morning freakishly excited about foot blisters and chafing that appeared after last night’s successful 2.5 mile run!

Only a runner would be excited about a raw patch of skin on her foot and thigh!

Besides, I see them as badges of honor – badges that represent me finally getting off my tush and back into the running game! Running with blisters, chafed patches and shin splints isn’t horrendous…just as long as those are the extent of my running “injuries”

Oh the joys of training!

I finally had the chance to rest and tackle some of the big things on my months-old to-do list. It’s seriously amazing what some much-needed sleep and some attention for the neglected areas of your life can do!

One such neglected area: a night out with my man!

Minor detail that I’ve neglected to mention: After several months of a working through a really complicated situation, The Coach and I got back together.

There are some things that I just don’t feel compelled to broadcast on the blog, but at the risk of sounding ridiculously gushy, I think that if two people are really good for each other, they can get  through the bumps and rough patches to move beyond the complications that any relationship is going to have. We seem to be doing a pretty good job of working through them, and at the end of the day, we’re both happy and in love.

Can’t get much better than that 😉

Since this weekend was his last weekend before moving to Jacksonville for a coaching position, we went out for an uh.mazing dinner and a few shenanigans. The two hour distance really isn’t a lot, but with both of us juggling massively busy schedules, I wanted to get in at least one more night of quality time before we have to deal with the semi-long-distance factor!

The next morning definitely called for drive-thru breakfast. 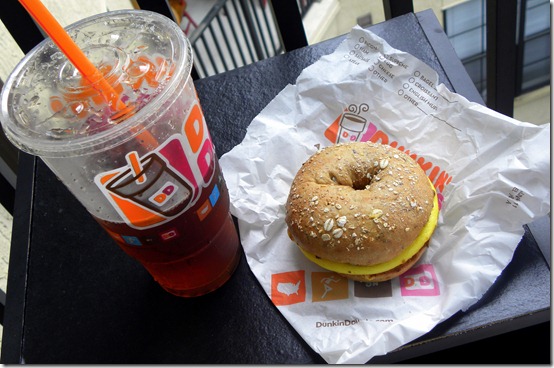 I slept through Burger King’s breakfast hours, so I had to settle for Dunkin Donuts – even though a bagel sandwich is never really “settling” in my book!

As I brought myself back to a human state, I flipped through the post-trial news coverage of the Casey Anthony case. Things were crazy here on Thursday as Judge Perry announced her sentencing! 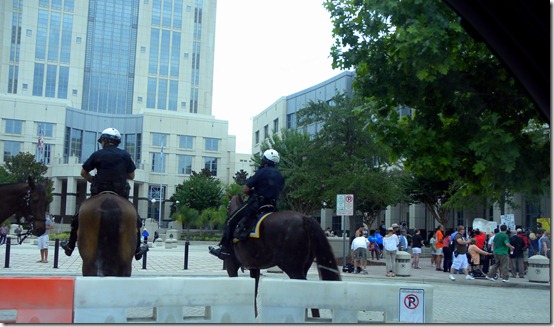 Is it terrible that if, in the event that Casey (or anyone involved with her case) published a book, I’d be the first in line to buy it – even knowing that it would probably be more fictional than an issue of the National Enquirer?

The Other Big Move

After more than a year of blogging at Lovely as Charged, I took a good look at what the blog, its “vibe” and what direction it was going, as well as the direction that I want to see it go in.

I came to the decision that I wanted a clean start, and although I’ve transferred over the posts and pages from this blog, I reworked the layout, developed new pages and am finally ready to launch For the Health of It,where I intend to keep blogging permanently.

What you’ll continue to get:

What I’m hoping to give you more of:

Thank you all for all of your support and readership. Hopefully you’ll continue to read over at forthehealth.com! (Please be sure to update your RSS feed if you’d like to keep receiving posts through Google Reader, Bloglovin or email!)

I am probably the worst person on earth for remembering dates.

Birthdays? Oh hey, is that today? Mother’s Day? Oh shoot, I’m supposed to be chilling with my madre, not running off to a concert…I thought today might have been something important!

I’ll probably even forget my own wedding day. Sad but true.

It’s no surprise to me that with my date-confusion, I skipped all of the patriotic-themed meals on the weekend of the 4th but busted out a red, white and blue breakfast today instead. 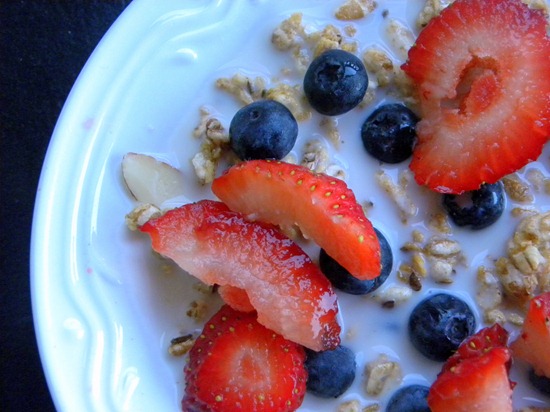 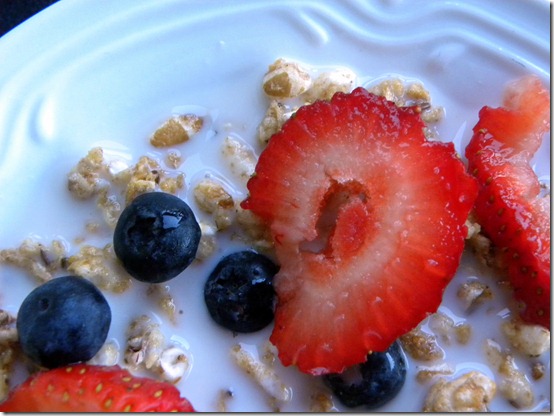 Could someone kindly pass me a firecracker?

I will always remember yesterday, though, as the day that the entire Casey Anthony fiasco drew to a close. 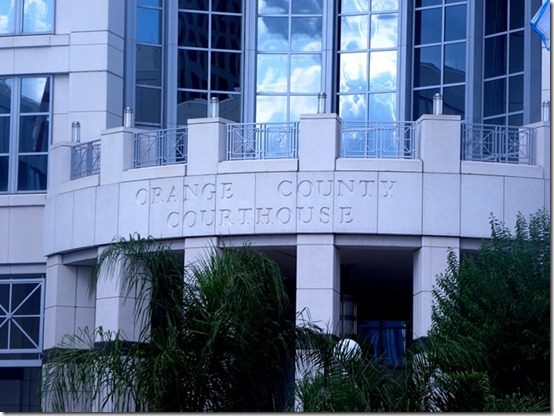 It definitely felt like watching history as all of my office filed into the CEO’s office to watch the verdict be handed down.

It was so surreal looking out of his window at the actual building where the live action was going down. The whole city was abuzz after the final judgment had been passed! Sirens even went off a few minutes after the decision had been read, and we all wondered if a riot had broken out! (Thankfully it hadn’t.)

What on Earth am I going to do with myself at work now that the trial is over? You mean…I should actually…pay attention?

Do you remember dates and times well? I swear, my brain just isn’t designed to keep track of numbers like that!

Mine kicked off with an awesome Saturday night trip to Derby Lane, a dog racing track in Saint Petersburg.

I had no idea what was going on for the first several races, but I caught on to the basics pretty quickly: you eat, you drink, dogs chase a mechanical rabbit, you peruse a program and attempt to understand the barrage of numbers and you toss a few bucks down on the dog you think has the best chance of winning (or the one who has the coolest name).

The buffet was mainly seafood, but I still managed to get my fill of asparagus and roasted veggies.

Since I’m not a big gambler, the $2 buy-in was the perfect way to try my hand at betting without wagering anything I would be majorly upset to lose.

I lost a few, but I lucked out on one quiniela – a choice of two dogs to come in first and second (in either order).

I walked away with a whopping thirty bucks. Heck, I tripled what I came with – that’s good enough for me! 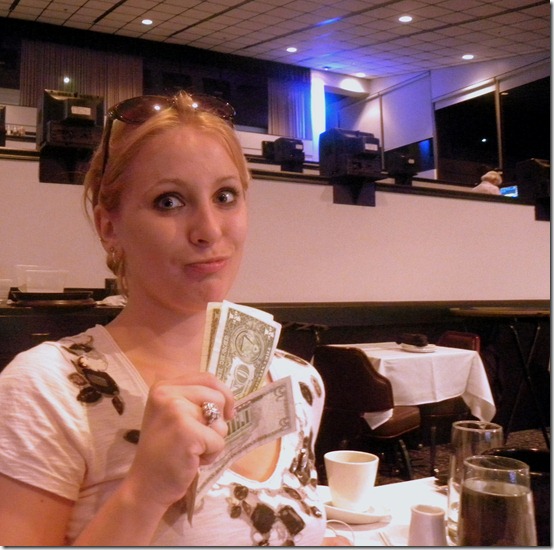 The next two days were spent chillin’ out, maxin, relaxing all cool…and eating some more traditional 4th of July fare with the Coach and his family. 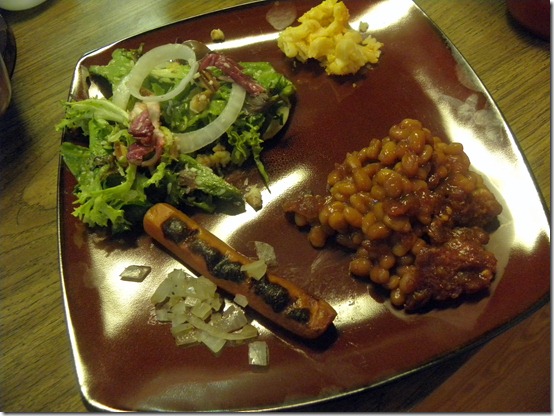 You’ll be seeing plenty of that salad around here for the next few days – I grabbed several more bags of it at Publix after falling in love with it on Sunday!

Time to toss back a quick smoothie and get Hales downstairs! 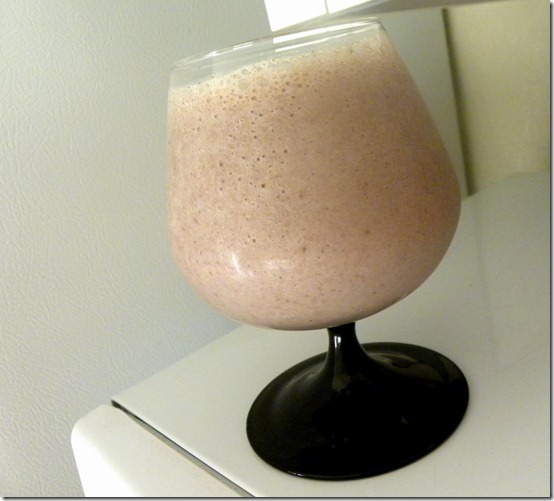 Welcome back to the real world!

Are you a gambler, or are you more financially conservative like me? What are your thoughts on trying your luck?

My dog’s a special one, alright…

I woke up bright and early this morning to have time to take Haley for an extra-long walk. 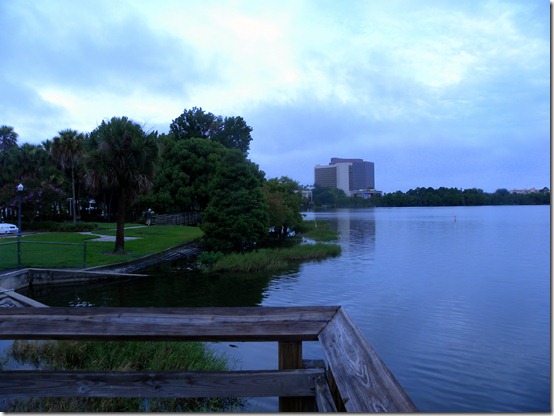 The Ivanhoe district in Orlando is pretty gorgeous – and peaceful – early in the morning! 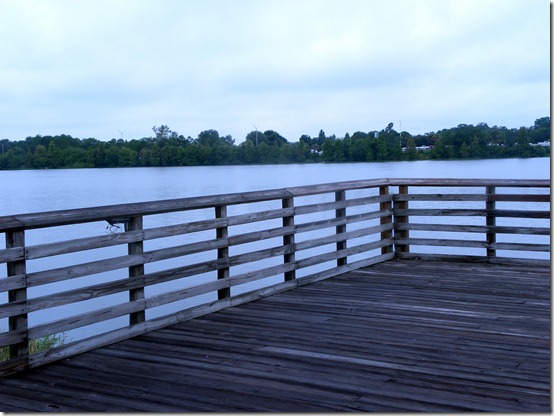 Or rather, it was peaceful until 70 pounds of puppy came storming in… 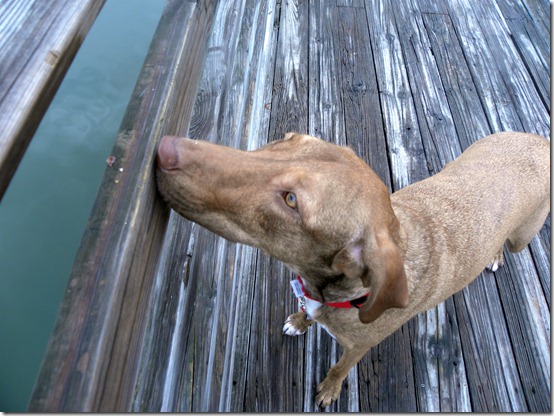 Only my goofy dog would ignore the ducks but head straight for the long grass that was blowing in the wind and decide to further investigate by shoving her face in between the rails!

I was so afraid her big old noggin would get stuck!

So afraid that I whipped out my camera and started shooting pictures while laughing hysterically. Mom of the year right here. But that’s neither here nor there.

Since we’ve got a work potluck this afternoon, I wanted to keep breakfast light.

I decided that an English muffin (half peanut butter and chia, half strawberry jam) would be enough to tide me over until noon without making me too full for all of my coworkers’ treats!

Time to get this Friday on the road!

I thought I had the most ingenious plan for breakfast. 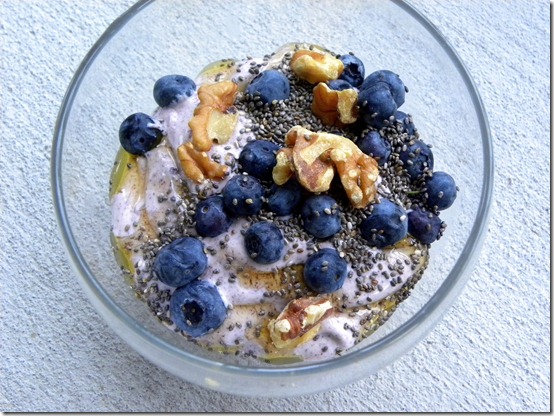 I’d whipped together plain Greek yogurt with a scoop of Acai powder for a sweet/tart flavoring, thrown on plenty of toppings and photographed away…

…Only to dream of yesterday’s dessert as I was eating it!

I may or may not have “sold” my contact information to SunTrust bank in exchange for the goods…but oh how good it was!

The moment of ecstasy from the free chocolatey, peanut buttery goodness will be worth the countless phone calls and fliers that I’m sure I’ll receive in the near future!

Also in the {very} near future: Chelsey’s vegan egg salad!

I stole a few spoonfuls from the batch I made last night as I was assembling my sandwich, and I can already vouch for its deliciousness.

Is it lunchtime yet?

And more importantly, will CookieTrust be back in my building’s lobby anytime soon?

I really, really hate pickles. I hate them so much that I legitimately worry about my future pregnancy cravings.

Before you even ask, I have a LONG time before that even comes into play!

That’s not to say that during certain times of the month (ahem), there’s nothing I want more than a briny, salty and crunchy snack.

All of the tang with none of the actual pickle-ness? (And none of the babies, thank you very much?) I’m in love!

I wonder what would come of a zucchini relish…

Do you ever get random cravings for foods you know you dislike? Do you go with it or try to find an alternative?

Vegetarian on a Budget 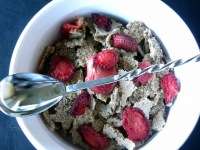 Rock Out Your Workout!

Lovely As Charged
Create a free website or blog at WordPress.com.